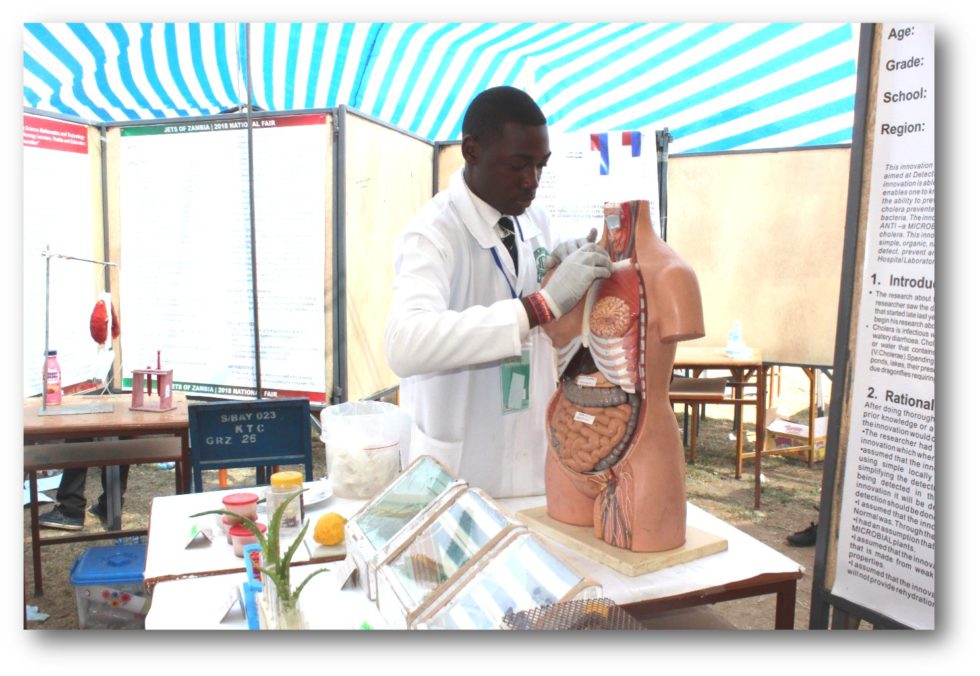 Science, Technology, Engineering and Mathematics (STEM), is a term often used to address curriculum choices in schools which are critical to improving the competitiveness in science, technology and innovation.

STEM subjects are also critical in transforming economies of countries from resource based to knowledge-based ones. However, It has been recognised that STEM is one area that requires immediate attention because of several compounding reasons. Many scholars have stated that if education authorities in the country do not invest in building capacity in STEM, progress towards attaining sustainable development will remain a challenge.

According to the 2016 report by a parliamentary committee on Education, Science and Technology the committee was informed that the teaching and learning of Science, Technology, Engineering and Mathematics (STEM) was a challenge in Zambia because of a shortage of teachers, especially at the secondary school level.

The report went on to state that the decline in the recruitment of science teachers in Zambia was particularly evident and stemmed from the low number of students with scientific backgrounds who were able to pursue teaching after completing secondary schools. This had created a cycle of stagnation in the field, and this cycle continues to hinder the advancement of Science and Technology in the country.

However not all hope is lost because the Government and other stakeholders have identified this gap. To address the concerns that have been raised, Government in the Seventh National Development Plan(SNDP) has placed emphasis on developing a high quality research base with a critical mass of highly qualified human resource, modern adequately equipped infrastructure that will popularise science and technology for promoting and creating a national culture of research and innovation.

To achieve this, the Government has not been left alone to drive the STEM agenda. Government bodies such as the National Science and Technology Council (NSTC) are actively spearheading initiatives to promote STEM subjects amongst the learners in the country. One of the critical initiatives that the Council is undertaking is the establishment of centres of excellence for the teaching and learning of science and mathematics. These centres are aimed at improving the teaching and learning of science and mathematics and creating a strong background in science and mathematics among learners, to enable them to pursue and stay in S&T careers.

In 2012, the Council established a pilot Centre of Excellence for the teaching and learning of Science, Technology and Engineering and Mathematics (STEM) at Nkadabbwe School in Sinazongwe district, Southern Province.

This was established to respond to the gap in the teaching and learning of STEM subjects in the country following a survey which carried out by the Council in peri-urban and rural schools to assess the status of the teaching and learning of science and mathematics and which brought out a number of challenges to the learning of STEMS subjects among them lack of proper modern laboratory apparatus for hands-on experiments and lack of up to date science literature.

A school Library was successfully set up; library books for all subjects were purchased, and these include Pupil’s textbooks and Teacher’s handbooks for upper and middle basic levels. A science laboratory was also successfully set up, with laboratory equipment required for Chemistry, Physics, Biology and Mathematics topics. The school was further provided with five modern Computers.

After completion, the centre served as a model and demonstrated the significance of investing in Science and Mathematics education. Baseline information on pupil performance was collected, and future performance monitored and evaluated. This was used to assess the impact of the centre of excellence intervention and help to generate evidence-based policy advice to government on matters of science and mathematics education.

This intervention saw learner improvement in the learning of STEM subjects. For the first time, the school managed to send 13 pupils to grade eight out of which 5 were girls. Also, the Government intervened by building 1x three classroom block to accommodate a substantial number of pupils.

It is against this background that Government through the Ministry of Higher Education also tasked the Council to set up another centre of excellence at Kasempa Secondary School, North Western Province in order to improve learner performance in STEM subjects. This initiative of setting up of the centre of excellence at Kasempa Secondary School will see the construction of a modern laboratory for all the STEM subjects, a library and a modern computer laboratory. The construction of this centre is currently underway and is expected to be completed in August 2019.

From the preceding, it is evident that with the initiatives that are being undertaken by the Council, learner performance in STEM subjects will greatly improve drawing lessons from the Nkadabbwe experience.

The centres of excellence are not the only initiatives that the Council is undertaking to improve the teaching and learning of STEM subjects in the Country. The Council on behalf of the Government administers the Science, Technology and Innovation Youth Fund. This fund is aimed at promoting the development and application of scientific and technological innovations by the youth for employment and wealth creation. Moreover, the specific objectives are:

Through the STIYF the Council also adopts some of the projects that emanate from the Junior Engineers, Technicians and Scientists (JETS) Club for possible funding. The Council is also actively involved in JETS; it is at JETS Fairs that the Council identifies projects for possible development as well as recognise outstanding pupils with projects and awards them with a merit award in Science and Technology during the World Science Day for Peace and Development Commemorations in November.

Furthermore, in Collaboration with the Zambia National Commission for UNESCO, the Council supports the Girls Science Camps which are aimed at encouraging girls to actively pursue STEM subjects in schools as well as encourage them to take up science-based careers in future. The Council provides books to this initiative as well as mentors the girls who take part in this camp.